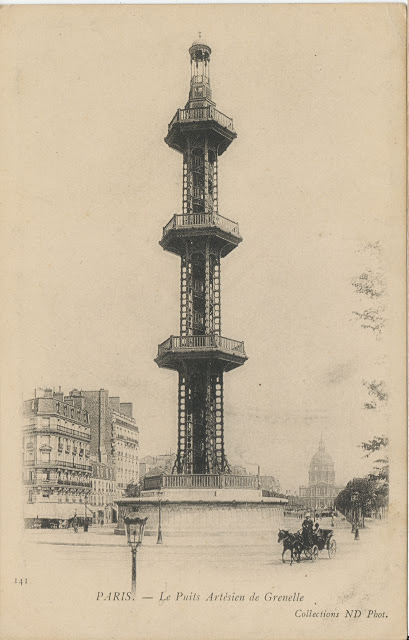 postcard from my collection

The most famous flowing artesian well in (mostly forgotten) history is the Grenelle Well in Paris. It wasn’t the first artesian well in the world: that honor probably goes to the Egyptians circa 2000 BC. It wasn’t the first in Europe: that honor probably goes to the Carthusian monks near Lille in the Province of Artois who, having learned from the Chinese, were drilling 300-ft wells in the 1100s. But in terms of sparking a world-wide craze of drilling artesian wells in search of flowing groundwater, the undertaking of the Grenelle Well—fortuitously bored in a leading city with an active press—captured the world’s (including Texas’) imagination.

The inspiration for the Grenelle Well came from China. In 1828, a French missionary in China by the name of Abbe Imbert sent letters home describing in detail the Chinese method of churn, or cable-tool, drilling thousands of feet into the earth. A French engineer named Jobard was the first to put the method to use in Europe. Within fifteen years, churn drilling was common on the European continent.

The Grenelle Well, proposed by a self-taught engineer named Georges Mulot, was an 8-inch diameter hole drilled at Grenelle, a neighborhood in Paris. It was with this well, started in 1833, that western drillers learned—over the course of eight years—how to drill deep into the earth. A key part of this effort was developing the methods and tools to recover broken well strings in the borehole. At one point, the Grenelle crew dropped 270 feet of drilling rods into the bottom of the borehole. It took the ingenuity of Mulot and 15 months of patient fishing to retrieve the pieces before drilling could resume.

At a cost of 14,500 English pounds (400,000 francs), the drillers reached a depth of 1,798 feet on February 26, 1841, where they hit a cavity that produced pure water that rose 120 feet above the land surface and flowed 800,000 gallons a day. A subsequent book published n 1847 by the French engineer Joseph Degousée—recognized world-wide at the time as an artesian well-drilling expert—helped to further disperse knowledge on how to drill for flowing artesian water.

The Parisians built a massive pressure-controlling fountain a block away from the wellhead; however, in a premonition of problems to beset flowing artesian wells across the globe, the well—and thus the fountain—stopped flowing, replaced in 1903.

The bride and I visited France a few years ago, and the Grenelle well was on my bucket list. Long since replaced by a monument to Louis Pasteur, there is no sign of the tower or well at the original site. However, a four-sided monument rests at the center of small street intersection a block away with one side dedicated to Georges Mulot and his hydrogeological achievement. 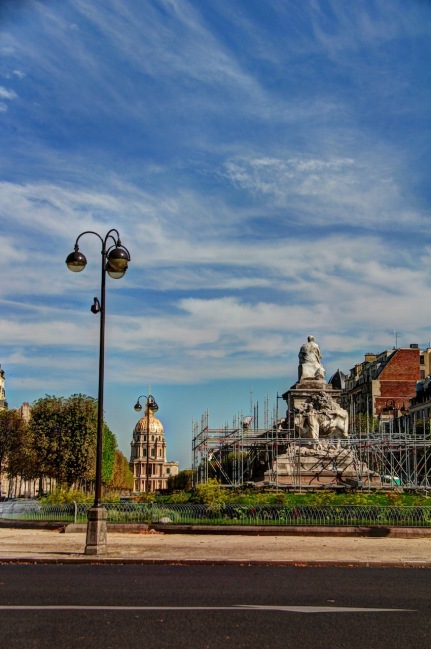 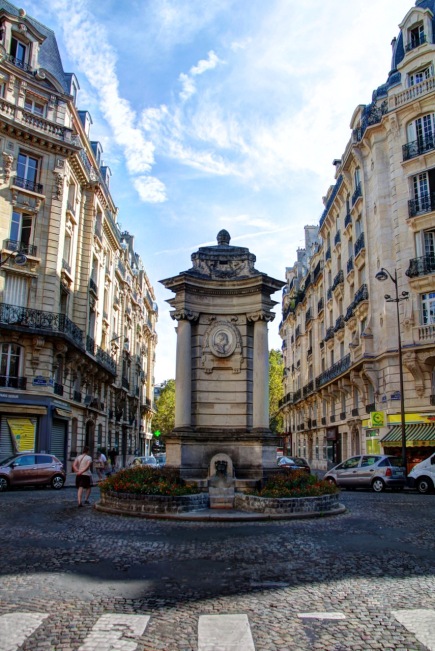 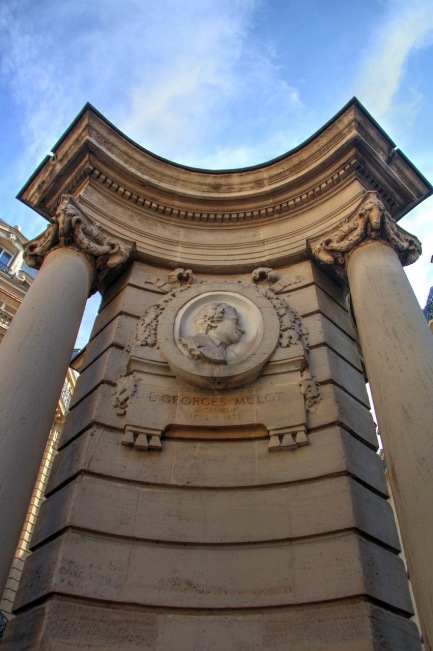 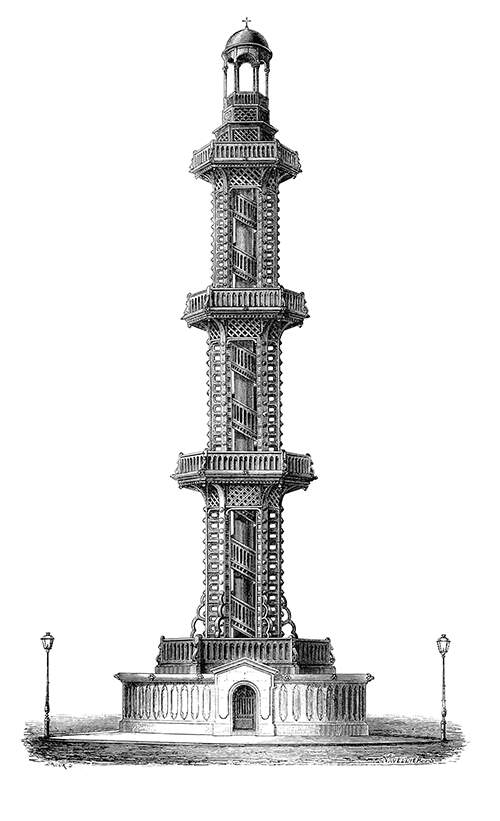 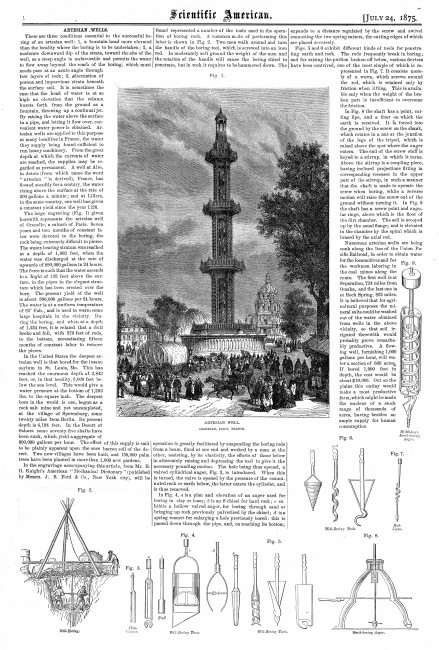 an article in Scientific American about the well 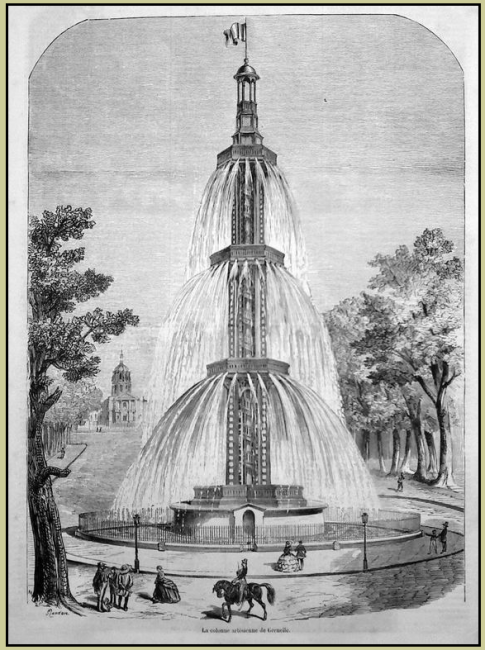 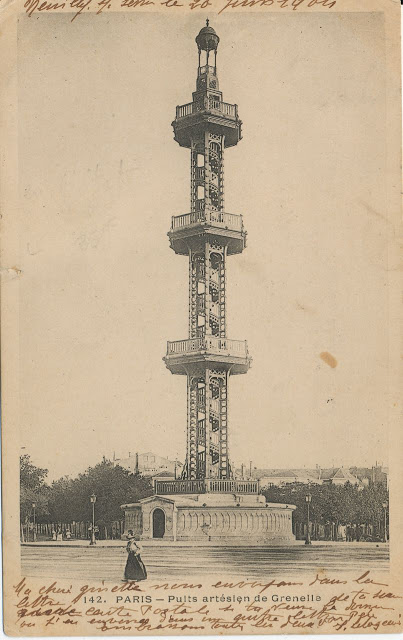