After Mulot imported Chinese cable-tool drilling to the western world and successfully sank a flowing artesian well in Paris, water wildcatters worldwide slowly began chipping into the depths in search of artesian water. The du Ponts drilled one such well in Louisville, Kentucky; a well nicely described by Professor J. Lawrence Smith of the University of Louisville (Smith 1859).

Some tidbits on the well from Smith’s report: 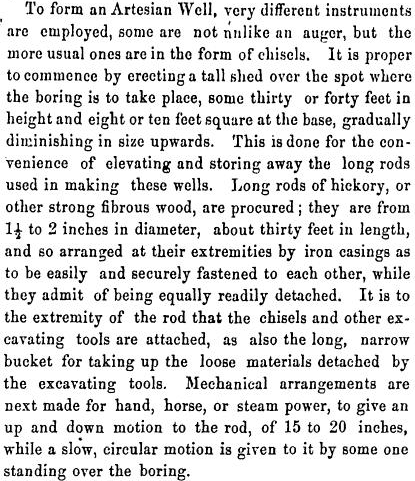 According to Kleber (2015), the well was drilled by Charles I. and Alfred Victor du Pont seeking a source of “pure and soft water” for papermaking. Tobaco Realty Co. sealed the top of the well in 1923 and diverted its flow to the sewer. The well was plugged in 1948.