Neat advertisement for a development in East Dallas spouting off (so to speak…) about its flowing artesian well. Vickery Place as a development began in 1911; this enticement was published in the Dallas Morning News on June 11, 1911.

According to “The Geology of Dallas County” by Ellis Shuler, the Vickery Place well intercepted sands at 503 to 526 feet, 626 to 627 feet, and 666 to 700 feet below the base of the Austin Chalk, indicating that the well was completed in the Woodbine Aquifer, a minor aquifer above the Trinity Aquifer.

Thanks to Paula Ross and FLASHBACK : DALLAS for the tip and image!

Shuler’s report includes a photograph of a flowing artesian well drilled in 1914 at Southern Methodist Univerisity: 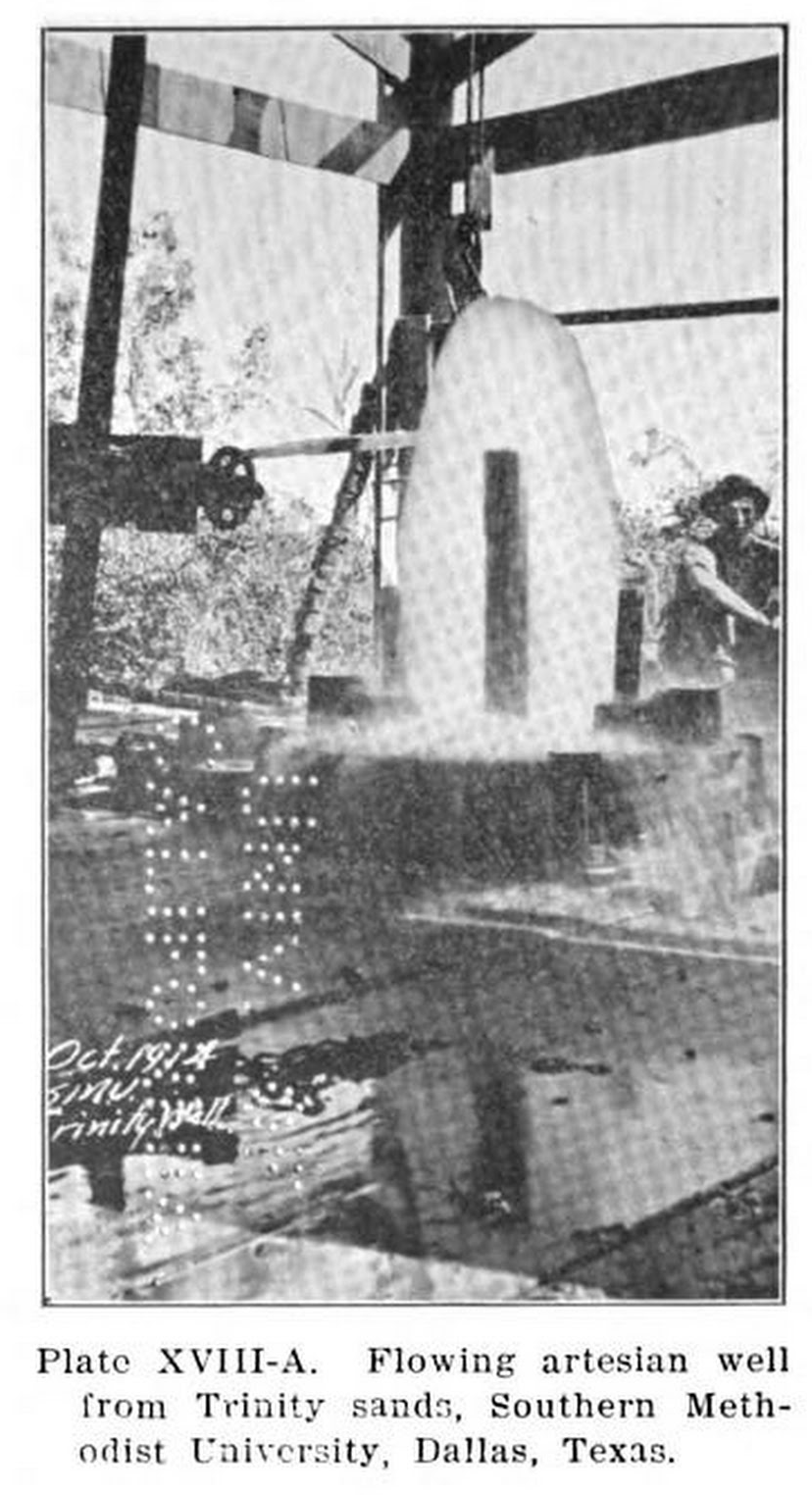